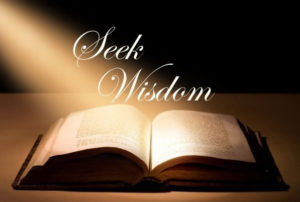 “Wisdom is the supreme part of happiness.”   -Sophocles

Yom Kippur, the Jewish Day of Atonement starts this evening.  My Rabbi growing up, Rabbi Benjamin Blech,once said that if the Sages and Rabbi’s hadn’t come up with some of the Jewish customs, a Psychologist would have.

Some look at the Jewish people’s 3,000 year-long survival and success as an enigma.  Perhaps there are clues among their rituals and customs, which contribute to their culture?

The psychological foundations of so many customs enable people to remove impediments to sound social existence.  Yom Kippur is a perfect example and its principles can be used by anyone.

Yom Kippur is the day when it is believed that God seals the decree for all mankind.  It’s the culmination of 10 days of repentance, which began on the New Year.  The most solemn service is tonight.  It’s called Kol Nidre and was even memorialized by Hollywood in the film “The Jazz Singer”, with Neil Diamond singing the prayer in the 1980 version.  Al Jolson played the role in the original, 1927 version.

The guiding principle of this most solemn day is that before a person deserves to ask God for anything, they have to reconcile all debts with their fellow human beings.  While it’s customary to ask people for forgiveness before Yom Kippur, the previous 9 days are spent in reflection and in self-forgiveness.

Kol Nidre means ALL VOWS.  It is a rabbinic formulation, approximately 1,500 years old, chanted with a haunting melody, in the original Aramaic (the language that Jesus spoke), meant to release one of all vows and obligations.

THE PRINCIPLE: Only with a clear conscience, free of fear and guilt can a person feel deserving of receiving blessings.

Feeling worthy is a key to success.  The opposite, feeling unworthy is, in my experience, the most common impediment I see to a Doctor’s success.  It causes good, well-deserving people to self-sabotage.  Many feel guilty of accepting adequate remuneration for their services. The result?  Less than 20% of dentists can retire comfortably.

Perhaps, we should all practice some new rituals?  I’ll start.

Should I have done anything to offend anyone reading this; should I have failed to live up to any obligations; I ask for your forgiveness.  Moreover, I forgive anyone who may have offended or slighted me in any way.

Wait, there’s more.  There’s another part of the formula.  It says;  “Repentance, Prayer and Charity”, removes any negative decrees.

Learning from one’s mistakes and trying not to repeat them is REPENTANCE.  It’s the ultimate act of self-improvement.

Prayer is another form of MINDFULLNESS and SELF-REFLECTION.  It’s during these times when you can hear that still, small voice that speaks to your purpose.  Such activities lower stress levels and are acknowledged as an integral part of any systemic wellness program.

CHARITY is giving of one’s self to benefit others.  It can be giving time, knowledge or money.  The key is that it requires ACTION.  Thought, without action is a just a wish.

My success exploded after I began volunteering my services at the DVI, Free Children’s Dental Clinic in Jerusalem in 1984.  I credit that ongoing relationship as a key component of my continued success.

Make of this what you wish.  It just might help clear your path forward to greater success and happiness than you previously felt you deserved.

“Wisdom is not a product of schooling but of the lifelong attempt to acquire it.”   -Albert Einstein

To an excellent year ahead filled with health, wisdom, success and happiness,

Want to learn more about and/or help the Jerusalem Clinic? https://americanfriendsofdvi.org