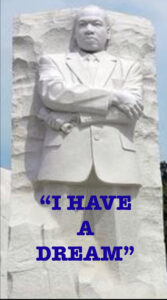 I took a bus to school for 13 years, K-12.  I remember speaking to Fred the Bus driver and asking him how fast the Bus would go.  He told me that there was a ‘governor’ on the engine that limited the speed.  It was the first time I heard the term used for anything other than the person who ran the State, or in British novels, the head of the house.

Most of us have governors in our heads.  They are the voices that keep telling us that things we think and dream of doing are impossible.

The point is that the barrier was more psychological than physical.  Similar stories can be found in nearly all sports.  Even physical barriers like the sound barrier were once thought impossible to break.

Who are your governors?

Internal governors are perhaps the most difficult to change.  They first must be acknowledged and then some program designed and implemented that can modify the limiting mindset.  The process starts with willingness to change.  It can be supported with coaching and accountability systems.

Removing the external governors are next and are not necessarily might even be a more painful process.  Sometimes, the people closest to us are the ones holding us back.  Removing these people from your life or limiting your contact with them can be uncomfortable and emotionally challenging.  Yet, as Jim Rohn said: “You are the average of the 5 people you spend the most time with.”

The Governor principle applies to both dentist and team members.

Need help balancing out those external governors with supportive people?

I invite you and your team to attend a FREE WEBINAR.  It’s an example of the kind of governor-removal and support that has helped others achieve the FREEDOM they dreamed.

I am renaming our Coffee With The Coach program to better communicate the goal and ultimate outcome from the program.  While spending time with THE COACH is great, the ultimate goal is FREEDOM.

FREEDOM to do what you want, when you want, how you want and with whom you want.  FREEDOM is the destination we seek to promote.

The Liberated Practice is a program is aimed at removing both the internal and external limitations or governors that are holding your practice hostage.  Come spend more time with people who are supporters rather than governors.

LIBERATE YOURSELF AND YOUR TEAM FROM THE GOVERNORS IN YOUR LIFE.

This unique program removes these barriers by helping you and your team identify them both internally and externally.  It provides knowledge and motivation to both Doctor and Team.   The Liberated Practice Program provides an external voice that helps neutralize negative, restraining and limiting thoughts, actions, and systems.

The result will Liberate you and your team to perform at potential or beyond.  Like Roger Bannister breaking the 4-minute mile, you can shatter the ceilings you’ve created.

Martin Luther King Jr. had a dream.  Many of the external governors of his dream remain.  As we celebrate his legacy, let’s also focus on helping to remove those barriers so that everyone’s dreams can be fulfilled.