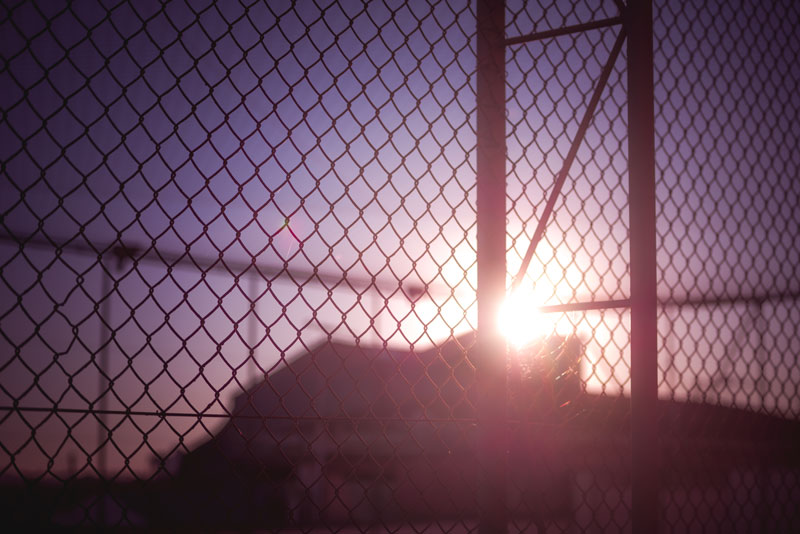 My brother’s dog Roxy has a personality disorder.  She likes people but hates most other dogs.  She’ll run up to them, growl and snarl and make a ruckus.  Let outside, Roxy never ventures beyond the boundary of their home despite the fact that there’s no physical fence, even if another dog approaches.

There’s an “Invisible Fence”, a wire buried along the home’s perimeter that will deliver a shock to the dog via a collar worn on the neck.  Roxy must have tripped that process a few times, because now she doesn’t even have to wear the collar.  She’s learned the boundary beyond which, she’ll receive, a now fictitious, unpleasant jolt.

Most dentists have some form of an invisible fence surrounding their practices.  It’s some boundary beyond which they dare not go, as if some punishing shock will ensue.

Perhaps it was the result of some action that resulted in some perceived failure.  Dentists hate failure!  “I tried that once and it failed, so I’ll never try it again” is a refrain many dentists repeatedly sing to themselves.

One’s failure to change is often based on a heuristic or series of cognitive biases based on personal and/or cumulative professional experiences.  It’s a form of reverse, evidence-based, proof of concept.

Perhaps it’s because no one else does anything like “that”.   Like most people, dentists hate standing out in a crowd.

The chant of “we’ve always done it this way” seemed to have been a mantra at Columbia’s Dental School when I first joined the faculty in 1977.  It represented an invisible fence whose boundaries expanded exceedingly slowly over my 30-year tenure.

When I first wrote a practice newsletter in 1984, I obviously crossed such a boundary.  I was dragged into the Dean’s office and reprimanded for doing something that was considered “out of the box”; marketing.  Bad Goldberg!

I had to argue, that what they called marketing, I called educating. It was, after all, only sent to patients of record.  I maintained that I would continue to educate, as that was the true meaning of “doctor”.  I prevailed and continued to do just that…EDUCATE!

I withstood the jolt.  But, there is a tendency for most dentists to stay “in the box” because the boundaries of the box are protected by that ‘invisible fence’ and most dentists are jolt-averse.  There’s comfort in the box.

That might have worked in the past.  As the current Pandemic has amplified and accelerated so many issues, thinking and moving ‘out of the box’ might just be a requisite survival strategy.

But how does one learn to ‘think out of the box’ and at the same time not receive that electric jolt from the invisible fence?

Daniel Burrus, in his book; “The Anticipatory Organization”, gives strategies to use to ferret out such boundaries.  He does a much ‘deeper dive’ in his upcoming webinar; “shift from Crisis Manager to Opportunity Manager”.  You can more information about Daniel’s book and webinar series here.

The other way of breaking down fences is to get really clear about how you can expand your boundaries and to appreciate that circumstances change boundaries as well.

Here too Daniel Burrus’ sage advice is helpful, as it allows one to anticipate trends that impact markets and that change boundaries.  He defines “soft” vs. “hard” trends and how they can be anticipated and woven into effective strategies and tactics.

Dentists can no longer look at their dental practices from within their 4 walls but must look outside of them, to their patients and potential patients to see what their needs and wants are.  There’s no question that the market has changed.

Studies show that habits can take from 2 to 8-months to become automatic.  This Pandemic is now in it’s 10th month, long enough to radically change peoples’ buying, shopping, eating and healthcare consuming habits.

If you would like to discuss how you can adapt to such change, get the Resource Guide and schedule a complimentary, 20-minute strategy session (valued at $325).

To your excellent clarity and success,

Reward the Struggle, Enjoy the Journey

Let PPS Be Your GPS