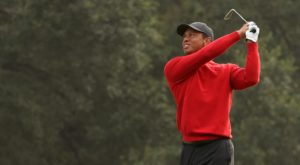 What if you could have prevented Tiger’s car wreck?

What if you could prevent one of your own?

Otherwise successful, smart, talented people can have underlying processes that are flawed.  Tiger is a glaring example of how success in one realm doesn’t necessarily assure or translate into success in other areas or result in long-term happiness.

Sometimes, thought processes and beliefs are stuck.  Sometimes self-confidence, especially in areas unrelated to specific success, is unfounded in other areas or focus is misplaced.

After nearly 45 years in dentistry, 10 years, steeped in the field of Dental Sleep Medicine and 3 years of consulting to the BE group, I am finally beginning to understand the root cause underlying the issues so many of experience.

It took me a while.  I knew that what I was seeing in my colleagues’ practices was pathologic.  I saw the dangers.  I knew that I didn’t like the symptoms I was seeing and the potential damages I could project, and often did.  I often saw the writing on the wall but didn’t have an eraser to wipe them away.

I started Practice Perfect Systems to help prevent the impending crashes I was predicting.  I was witnessing epitaphs such as “BRILLIANT, TALENTED and TRAGIC” being played out all too frequently.

Recently, in my morning videos to the Spencer Study Club’s Business Elite group, I started discussing a recent revelation I’ve had that I call THE TRAP.  It’s how smart people are lured into doing dumb, often counterproductive things.

Then, Tiger crashed and I began to think of all the smart, talented, skilled practitioners I’ve known who have excelled in one area and failed in others.  The kind, generous, well-meaning Doctors who gave of themselves to their patients but who couldn’t retire.

Could anything have been done to prevent it?

I’m sure this will be analyzed and the results trumpeted from all media outlets.  We’ll all know what led up to the incident.  Or will we just be told the signs and symptoms rather than the underlying cause?

I get it, as I’ve done some really stupid (and costly) things myself.  My salvation was that I never risked more than I could afford to lose.  I never overextended myself and always planned for the future.   I understood that principle from watching my father’s actions and his business successes and some monumental failures.

Most dentists don’t have the benefit of such real-life lessons.  It’s the “Rich Dad-Poor Dad” phenomenon.  My dad started rich and ended up poor.  His experience tempered my risk-taking tendencies.  It changed my mindset.

The current environment has resulted in an amplification of challenges and obstacles.  It has accelerated the manifestation of the symptoms.

WHY DID TIGER CRASH?

We don’t really know, yet (maybe it was sleep apnea?).  But, as with most problems and diseases, unless the underlying causes are identified and an attempt made to eliminate or remediate them, treating the symptoms will only result in momentary and temporary relief. Without treating the cause, the disease will return.  Dentists should understand that rationale.

To borrow Dr. Spencer’s bruxing analogy, sometimes as consultants we watch doctors hit their heads against the wall while we hand out helmets or provide airbags.  It’s like dentists seeing worn out teeth and giving people pieces of plastic to shield the wear.  The wear continues, broken teeth, root sensitivity, loss of vertical dimension and TMD might ensue.  Stop the bruxing, stop the downwards cascade of negative symptoms.

That kind of thinking no longer works.  Unless you figure out what’s really behind the “no money” problem, spending money on marketing is pointless.  Worse, it can make the money problem worse.

What if the money problem is the result of one of the following 10 DEADLY SINS?

If any of these conditions exist, marketing will eventually amplify their negative impact on the bottom line.  An increase in traffic will result in a greater likelihood of a crash.   Last time I looked, dental practices didn’t come with airbags or safety nets.  Maybe they should have been included in out student kits!

Tiger’s car had airbags and he still was badly injured.

That’s my biggest fear.  Seeing an impending crash and not being able to prevent it.

Understand the trap and the bait.  Appreciate how a Doctor, like YOU, could become ensnared.  And, even while getting the tools to extricate yourself from it (the jaws of life), how can you illuminate the cause and help provide strategies for remediation?

“A mind is a terrible thing to …change.”

“We cannot solve our problems with the same thinking we used when we created them.”

The CAGE:  A profession that helps people.  A degree that is respected.   A formula for SUCCESS.

The BAIT:  “Dentistry” will give you a comfortable lifestyle, respect and prestige without being in “business”.

The MINDSET:  I just need to be the best dentist I can be and everything else will fall into place.

The TRAP:  That assumption (mindset) works, at first, especially for general dentistry.  The process is reinforced.  The trap is sprung.

And, while it might work for general dentistry, it doesn’t work at all for DSM.  The numbers are different, the margins can be much lower (especially with insurance) and the rules (because of the medical involvement) are different.  That’s a formula for a Tiger-like wreck.

YOU’VE BEEN SET UP!

General dentists have been trained to think (or not) in a certain way, which has facilitated a lifestyle and a business style.  Their cash flow and profit margins have been sufficient to generate enough money to afford a lifestyle, albeit not facilitate a retirement, they had envisioned.

Yet, that vision is now eroding as well, as corporate entities and insurance reliance erode the profit margins even further.  Few dentists even understand the issue of “profit” let alone “cash flow.”

Dentists in general are in trouble.  But DSM presents an even greater challenge.  It has amplified existing underlying business pathology and faulty mindsets.

That’s probably why I’ve seen well-meaning, smart people do stupid things.  They pay too much for practices without sufficient safeguards.  They rely on others for guidance and have no ability to ferret out poor advice.  They don’t know what they don’t know. They don’t know the proper questions to ask and so, proceed full steam ahead without proper thought or strategy.

Some keep doing the same thing and expect different results.  We know what that’s called!

IT’S ALL IN THE NUMBERS!

A general dentist’s Lifetime Patient Value can be increased by taking courses or purchasing technology that enables an expansion of services and more costly and profitable procedures such as orthodontics and cosmetics.  Buying a laser that can enable doing expensive periodontal regenerative procedures or a cad/cam system that facilitates “same day dentistry” can provide a decent ROI (even that is questionable). And so, the thought process, or lack thereof is reinforced.  The model is out there, promoted by successful LVI, KOIS, SPEAR, DAWSON and PANKEY graduates and companies that sell equipment and technology.

Of course, even in these models, when the curtains are pulled back, the reality isn’t as rosy as the facade appears.  Only 5-6% of dentists can retire well.  And most work well into their 70’s because of that.

A lack of basic business knowledge has never totally hamstrung dentists or dentistry.  Dentists have been somewhat successful despite themselves rather than because of their astute business acumen.

You don’t have to go to business school and get more letters after your name.  The one’s you currently have are enough.  But this knowledge doesn’t come via telepathy and no one is born with it.

A crash and burn scenario can be caused by a lack of a basic understanding of issues such as financial leverage, cash flow, credit, contracts, business structures, legal considerations and others are rampant.  These deficiencies make dentists easy marks for “get rich quick” schemes and make them prone to participation in risky endeavors and sometimes, even legally questionable schemes.

So many dentists “hate the numbers.”  And yet, not understanding or keeping an eye of the appropriate numbers is a formula for failure and embezzlement.

And so, my revelation was, that if I’m going to truly help our profession, perhaps they would be better served by uncovering the faulty thinking or lack of business knowledge that has contributed to their current situation.  Because, as we watch doctors’ transition into DSM, those foundational deficiencies can become amplified and their impacts accelerated.

NO CASH=CRASH!   AND…NO MONEY, NO MISSION.

We’ve tried to prevent this by urging doctors to plan for “what it looks like when it’s done.” I’m afraid that’s not enough. Many doctors who embark on DSM are devaluating the value of their general practice even as the DSM and TMJ practice increases.  They will never be able to retire if they need the highest possible value for the general practice to facilitate retirement.  A general dental practice is far more marketable than a DSM/TMJ practice.

And, while I can’t protect people from themselves, I would feel terrible if I supervised a doctor’s failure.  “See something, say something” is a motto I live.

HOW TO AVOID CATASTROPHIC FAILURE

My fear is that I stand by watching a slow-motion train wreck.  That’s why I created Practice Perfect Systems and why I’m happy to give of my time to help strategize with dentists.

Even if I were not a huge Tiger Woods fan, if I could have prevented him from crashing, I certainly would have tried.  I’m sure you would too.

Please take me up on my offer of a complimentary, no obligation, 20-minute strategy session.

Let me help you prevent a Tiger-like incident.

To your excellent clarity, safety and success,
Michael, Laurie, Merideth and the PPS Team