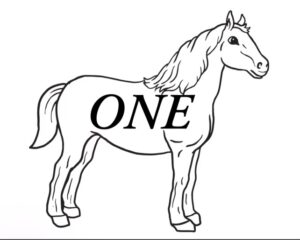 The One Trick Pony

“Someone or something that is only good for one purpose, or at doing one particular thing.” (Cambridge dictonary)

In business, such a “someone or something” is a clear and present danger.  In fact, it can be lethal.

Marge had been with the practice since it’s inception.  As office manager, she knew how to do things no one else, even the Doctor knew.  And because she was a bit technologically averse, she had resisted efforts to put everything into digital format.

You might imagine what happened when Marge left the practice for health reasons.  Not her’s but her husband’s.  Phil suffered a stroke and Marge decided to move closer to her children, 2,000 miles away.

And then, Delta changed the deal.  Not only didn’t they keep their reimbursements on pace with inflation, but they reduced reimbursement for some of the morecommon procedures, while offering a minimal increase for less common ones.

The practice was now faced with a money draining, profitless arrangement for 60% of their patients.

Scenarios such as these play out daily in practices across the country.  And, they could all have been prevented through a process called STRATEGIC PLANNING.

The challenge is that too often, emotions get in the way of effective strategic analysis, when performed by those too close to the practice.

During stable times, coaching might be considered a luxury.  That’s no longer the case today.

Get thee a coach!

Minimally, get access to one via the Coffee With The Coach Program.

To ponies with multiple tricks,

P.S.  Another singular risk is with new patient funnels or marketing.  At a recent presentation at Glidewell Labs, I presented the antidote to marketing in my Physician-Referral Magnet System.  Check it out and get the complimentary eBook.