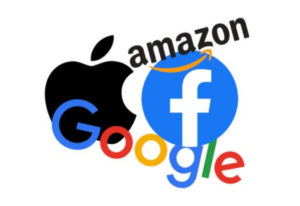 “MARKETING SUCKS” was the headline on a recent email from one of the world’s best-known marketers.  He was getting “in-step” with the prevailing sentiment among the multitude of small business owners who have been confounded by the the “BIG FOUR” who seem to control so much of that space, Google, Facebook, Apple and Amazon.

While owning their stock today might make you smile, having to use them as a lifeline for your business puts you at a significant disadvantage.

How can the “little guy” compete against these behemoths?

Have you seen what’s happened to Physicians?

Gobble, Gobble isn’t just the sound of a Turkey, it’s the sound of large Hospital systems swallowing up doctor’s offices as they seek to add as many bodies as they can fit under their umbrella.

The same thing is accelerating in dentistry.  Now, it’s the large, hedge fund-backed DSO’s.  It’s just a matter of time until the aforementioned Hospital Systems enter the fray.

If you want to work for someone else, under someone else’s rules and at a fraction of what you’re now making, that’s fine with me.  If not, then PAY ATTENTION.

That’s right; there’s a way to make these companies as irrelevant to you as YOU are to them.

BEST OF ALL, IT DOESN’T ENTAIL MARKETING!

At least, not in the traditional sense.

We love stories.  We’ve been told stories since early childhood.  We learn via stories.  We react and respond to stories.

Stories attract attention, exert influence and transform audiences according to Kindra Hall, in her book “Stories that Stick; How Storytelling Can Captivate Customers, Influence Audiences and Transform Your Business.”

The goals of story telling, in a dental practice are all of the above, as well as creating a magnetic pull that makes it more challenging for patients to leave the practice.  It’s actually a pathway towards building a BRAND.

And, we all know how successful and “sticky” BRANDS can be, like Kleenex, Xerox, Coca Cola and yes, Google.

It’s time for you to start collecting stories.  Here are a few types you should look to gather.

1. What’s YOUR story (WHO are you?)?
2. What’s your “purpose” or your “WHY” (What made YOU passionate about being or doing something)?
3. What’s a compelling patient transformation story(Sleep Apnea gone, life regained)?
4. What’s a patient regret story (“I wish I did that BEFORE Covid closed down the dental office!)?
5. Do certain Holidays evoke a relevant story (like Halloween, candy and cavities)?
6. What’s a current story that might impact your patients (like how oral health impacts Covid-19 morbidity)?

When stories are communicated well and often, it will transform your audience, you patients and perspective one’s, into raving fans.

Stories do not have to be told just for the sake of the story.  There can, in fact, I would say, there MUST be some “call to action” attached to the story.

HOW DOES THE LITTLE GUY COMPETE WITH THE BIG BULLY?

How do YOU communicate that to your AUDIENCE?

Do you have a STORY DISTRIBUTION SYSTEM?

Join me and Adam Witty of Forbes Books, Advantage Media and Planet Dan, on October 30 at noon EST for a look at a NEW, AUTOMATED SYSTEM that will help you communicate, not just your STORIES but other important, educational, timely and relevant information to your patients.

This is the LEAST you can do to start releasing yourself from the shackles of MARKETING BONDAGE.

Give Google, Facebook and the other corporate beasts a big Fongool.

Or, if you want to discuss another competitive strategy, book a FREE 20-minute consultation at:

To your excellent success,

P.S. * “Big Dumb Companies”, or BDC’s is what Dan Kennedy calls companies that become complacent and spend money without thought or strategy by giving it over to ‘others’, like Madison Avenue advertising firms.  In this definition, you too could act like a BDC.