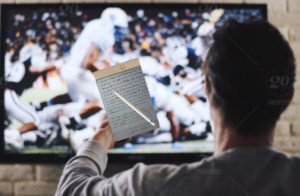 Will you accept it?

Why would a company be willing to spend such crazy money to get your attention for 30 seconds?

Companies know the power of BRAND IDENTITY.  Do you even have one?  That’s another story.

What about THE GIFT?

I love watching the commercials during the Super Bowl even though I’m not a big fan of Coliseum-like, Gladiatorial games. This is partially because I had the honor of treating a former NFL running back who suffered from chronic traumatic encephalopathy (CTE).   But that too is another story.

This was the most watched event of the year, with a predicted audience of 117 million viewers.  More that 1/3 of the population of the United States watched. I watched the commercials because of what they say about US and the USA.  This is a window into society, commerce, finance, and trends.

I watched with a pad and pen.  I snacked during the game and half-time show, which was obviously aimed at a different audience than me. During the commercials however, I was transfixed and taking notes.  I do this every year, something I’ve been mocked for by my friends and family, which is why I’ve shunned Super Bowl parties for the past several years.

Let them mock.  Let the results speak for themselves.  I want to know more than the score at the end of the game.  I came away with something more lasting for my investment of time.  And I always do.

Which companies are taking advantage of this opportunity?

What do they have to say?

How do they say it?

Why are they saying it?

And why in that particular way?

Today, Valentine’s Day, there will be lists and discussions about the best and funniest commercials.  My list will look very different.

My list will be the result of deep thought about the questions above and what they mean for me and my clients.  The list will include those things that I learned that have strategic relevance to marketing, consuming and social trends.  Such a list will help me help others navigate the challenging times in which we now live.  It will help you.

Yesterday, we were given many $6.5 Million dollar gifts.  What did you do with them?

Join COFFEE WITH THE COACH and learn what benefit I received from these gifts.  The list, along with the tactics that you can use in your practice to make the most from these $6.5 Million dollar gifts will be posted on the Coffee With The Coach Facebook page and Membership vault, which you and 2 team members will get access to.

To your clarity and success,