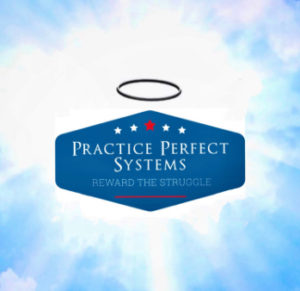 One person was nearly single-handedly responsible for the best marketing success ever.  And, he did it without the benefit of today’s communications systems.

Saul of Tarsus, otherwise known as Paul the Apostle or Saint Paul, was born in what is now Turkey, into a well-to-do, Jewish merchant family at the beginning of the first century CE.  They were tent makers and leather workers who, as citizens of Rome, travelled throughout the Empire selling their wares.  They were “salesmen”.

Paul was not one of the original twelve apostles.  Still, he became the one that nearly single-handedly led, what was a minor sect of Judaism to become what is today’s mostcommon religion.  There are approximately 2.3 billion Christians in the world, or 31% of the planet’s population.

There are less than 15 million Jews in the world!

One could say that Paul’s strategy worked.

Though he is best known as the author of at least 13 of the 27 books in the New Testament, I would like to focus on Paul’s talents and marketing strategy.

Paul was a self-described Hebrew, a member of the Tribe of Benjamin from a religious family who followed the teaching of the Pharisees.  He received his education in Jerusalem at the foot of Rabbi Gamliel, in the School of Hillel, one of the most famous Rabbis in the most renowned school in Jewish History.  Few students would have been granted such august access.  Paul was intellectually gifted and curious.

Paul, a person of strong beliefs and conviction, was actively involved in persecuting early Hellenized, Jewish Christians in the city of Jerusalem in the mid-first century CE for their anti-Temple attitudes.  Paul, at first, was vehemently ANTI-CHRISTIAN.

Paul was “converted” while travelling the road to Damascus when he saw a vision of the ascended Jesus, which blinded him for 3 days.  His blindness was cured in Damasus by Ananias, who then baptized him.   This is when Paul “saw the light” and his Christian marketing (proselytizing) career began.

Jesus had a great message.  But he and his disciples were never able to get the ‘word’ out to very many people.  They languished as a small, splinter group of Jewish Christians.  Along came Saint Paul to the rescue.

Paul eventually met and argued with Saint Peter, the conclusion of which proved to be the critical inflection point in moving a small, relatively unknown subset of Christian Jews, to become open, accessible and appeal to the masses.

Paul’s argument with Peter went like this; “You are a Jew, yet you live like a Gentile and not like a Jew.  How is it then, that you force Gentiles to follow Jewish custom?” (Galatians 2:11-14)  This was a revelation and an argument Peter could not refute.

Paul had realized that a major impediment for Gentiles to be accepted into the fledgling Jewish-Christian community was the requirement to accept Jewish customs, which included circumcision, Sabbath and significant food restrictions.  And so, he reasoned, if the greater purpose and mission was to be realized, such restrictions should be abolished.

As a marketer, Paul did six things:

1. He had a basic understanding of business principles through his family business as a   travelling merchant.
2. He was an intelligent and effective communicator, writer, orator and storyteller; fluent in the lingua franca of the various areas he visited (Greek, Hebrew, Aramaic, Latin).  He was an excellent “salesman”.
3. He was a credible, authentic witness, providing a convincing testimonial.
4. He was totally committed to a higher calling.
5. He recognized his market and the removed barriers to entry.
6. He understood the need to get MESSAGE, MARKET and MEDIA all congruent and aligned.

The rest, as they say, is history.

In essence, Paul the Apostle has provided us a formula for Marketing and Practice success.  One could call these:

The 10 Saintly Principles of Practice Success.

1. Faith; clarity in a noble, just cause, vision and purpose.
2. Leadership: the ability to motivate and persuade others.
3. Sound basic business principles (Paul understood money and knew how to raise capital).
4. Communicate your purpose, your unique advantages and your WHY with PASSION and CONVICTION.
5. Speak your market’s language (no dental speak) and use the right Media to get the message out.
6. Tell Stories that resound with your market (a better life, future and legacy or afterlife).
7. Provide testimonials from people like those you wish to attract.
8. Never make it about YOU.  It’s always about your flock (patients) and their needs.
9. Recognize and then remove entry barriers.
10. Reinforce the vision with consistent follow-up messaging and create a sense of community.

While all of these are important to your overall outcome, one stands out today as a key COVID-induced challenge.

More than ever, there are barriers to entry into dental practice.

Traveling to your office just might be the most significant barrier.  Fear of a crowded office might be another.

Tear down these barriers by incorporating TeleHealth into your workflow and make your process as “touchless” as possible so people don’t congregate at choke points. Promote these barrier to entry-reducing strategies.

Listen to your flock, and that includes your team.  Ask them about their concerns.  Ask your team about what they’re hearing when patients call.  Why are they cancelling their appointments?  Why are they not scheduling their needed treatments?

I have collated helpful advice, programs, technology and more, in a RESOURCE GUIDE that is chock full of information on various topics related to Dental Practice Success, including amazing personal growth, telehealth, touchless technologies and marketing systems.

Get your free resource guide HERE.

Paul helped market Jesus’ message during a time of Roman persecution and extreme crisis.  His mission was to promote Jesus’ message of hope and redemption.

How appropriate, as we near the close of 2020 that we embrace the message that there is a light at the end of this tunnel and that it is up to each one of us to help our fellow neighbors so they too can reach the light.

“Peace on Earth, Goodwill towards all men.”  Whomever the messenger, the message, even after 2,000 years, rings true.

We wish you, your family and your team a very Merry Christmas, a Happy New Year and a speedy and safe journey through the tunnel.  May 2021 be a year of health, peace, prosperity and redemption for us all.

To your biblically proportioned success,