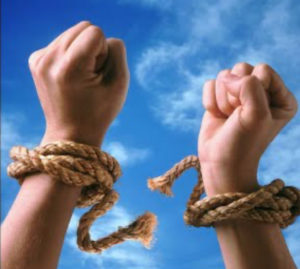 It can be a guide and it can be fatal.

In Electrical systems, resistance is measured as R=V/I, where R is resistance, V is Voltage and I is Current.

All objects exhibit RESISTANCE to electrical current except for SUPERCONDUCTORS, which have a resistance of ZERO.

2,000 years ago, Roman Emperor Marcus Aurelius wrote; “The impediment to action advances action.  What stands in the way becomes the way.”

That which presents the greatest resistance to YOU as a leader represents the greatest opportunity for you to achieve success.  That’s what Ryan Holiday posits in his book; ”The Obstacle is the Way” and Steven Pressfield more creatively espouses in his, “The War of Art”.

Reading these books will help enable YOU to remove Resistance in your personal operating system.  But, let’s focus on YOUR business.

The key to success in business is to reduce RESISTANCE internally, in you, as a leader, your team and systems and externally with your patients, referrers and collaborators. Creating a “SUPERCONDUCTOR” culture, where resistance is removed, facilitates growth and profitability.

”Resistance to change is proportional to how much the future might be altered by any given act.”     –Stephen King in “11/22/63”

HOW CAN RESISTANCE IN YOUR PRACTICE BE REMOVED?

First, it needs to be identified.  Here are 10 reasons whyyou might be experiencing resistance to change:

1. It’s perceived as harmful and not in one’s self-interest.
a. “It’s going to make more work for me”.
2. There’s no clearly stated or defined benefit to the individual.
a. Credit, Bonus, Reward
3. Fear of the UNKNOWN
a. Some people are just resistant to change
4. Peer pressure or fear of standing out in the crowd
a. Following the crowd is less risky
5. Lack of trust or trusting environment
a. “Will I get yelled at if this fails?”
6. Political subterfuge; having an urge to prove ‘the man’ wrong.
a. “I’ll show her!”
7. Fear of failure (another form of lack of trust)
a. “Will I lose my job?”
8. Lack of a clear path or process.
a. “How am I supposed to do this with the time/resources I have?”
9. Lack of VISION; unclear mission, goals and/or objectives
a. “Why should I bother?”
10. “What looks like resistance is often a lack of clarity.”  Chip Heath

These potent factors for resistance must be addressed prior to any discussion of change with your TEAM.  Some might require discussion on an individual basis, some on a more global level but all possible resistance should be anticipated and disassembled prior to any announcement.  Failure to do this will often result in a failure to implement and encourage of culture of resistance.

Ask yourself this question; what reasons will be given by my TEAM members as to WHY this idea won’t or cannot work?

”The resistance to a new idea increases by the square of its importance.”      –Bertrand Russell

When seeking to implement change, here’s a strategic formulation that we’ve found helpful.

1. Define what needs to be changed.
2. Make sure Team Leaders are onboard.
3. Communicate the need for change by defining the challenge and potential negative outcomes of a lack of change.
4. Remove the objections and concerns.
5. Provide support and training.
6. Keep communication lines open.
7. Quash rumors.
8. Empower universal involvement.
9. Point to positive movement.
10. Celebrate SUCCESS!

“PROCRASTINATION is the most common manifestation of Resistance because it’s the easiest to rationalize.” –Steven Pressfield in “The War of Art”

We don’t say, “I’m never going to look into that marketing program because I don’t need it.”  Instead, we say, “I’m know I need to do better marketing.  I’m just going to do it next month when things calm down.”

That’s RESISTANCE.  It’s that small still voice pushing you towards the path of least resistance.  It’s insidious, it’s rational and it’s disguised as your friend.  It can be deadly because it cares not for your goals, your aspirations or your dreams.

More than any singular activity, marketing, or as I prefer calling it, EDUCATING, is the key to practice survival and growth.  It can get YOU and YOUR practice to where you want to go.

WHAT ARE YOU WAITING FOR?

You know that your marketing is random and mostly, it sucks!  Don’t let your head get lopped off like Ned Stark in The Game of Thrones. When are you going to remove the resistance and change?

When are YOU going to become the CONDUCTOR of YOUR PRACTICE?

Some have tried and failed.

That’s why Adam Witty and his team offer a money back guarantee with their amazing mLive program.  You have nothing to risk and everything to gain.

At least check out what you’re missing out on.

To everyone’s excellent clarity and success,