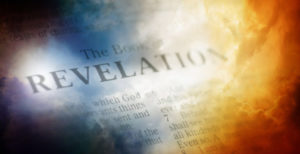 It’s amazing what you can learn about yourself while listening to others. That’s the value of being around and interacting with other smart and successful people. And, while we have the opportunity to do that through our journeys in Dentistry and beyond, our teams might not enjoy the same benefits of listening to other smart and successful people.

Over the weekend, I again participated in a Mastermind Group of amazing, smart, and successful people. One of them, a general dentist who manages several practices was relaying a challenge he was having getting a young associate dentist to do more crowns rather than large fillings.

The conversation caused me to reflect on my own 40+ year-long career as a restorative dentist. I realized that I often used the term “conservative” to explain my approach to patients. And, like the young associate dentist in the story, I too did way more fillings than crowns when I was younger. As I matured as a practitioner, I began doing many more crowns, and I began doing more comprehensive care too.

WHY the change? I was treating the same demographic. It must have been ME.

Listening to my mastermind companion, stimulated thought about it. And, I came up with, what I believe is ONE OF THE PRIMARY REASONS DENTISTS DON’T PRESENT COMPREHENSIVE TREATMENT.

As I matured as a clinician and practitioner, my definition of CONSERVATIVE changed.

Early on, I wanted to conserve both tooth structure and the patient’s money. I also lacked confidence that my crowns wouldn’t result in pulpal damage or last more than the average 6-7 years. I felt that the dictum of “first do no harm” applied. So, I did ‘CONSERVATIVE” treatment. And I wore that moniker as a badge of honor.

Early in my career I adopted a phrase in response to patients who seemed surprised at the cost of a proposed treatment. We all have such expressions and stock responses. Mine went like this: “YES, GOOD DENTISTRY IS AN EXPENSIVE, YET GREAT INVESTMENT, INEFFECTIVE DENTISTRY COSTS WAY MORE IN TIME, MONEY AND EMOTIONAL ENERGY.” I would continue to explain via STORY about people who thought they were being smart by saving money only to realize how expensive that decision ultimately was. Eventually, after writing my first book, “What The Tooth Fairy Didn’t Tell You”, I gave it to patients with a bookmark where I related just such a story.

As I matured, I began to realize that a more supportive restoration could actually prevent other issues such as a broken tooth. I also began to see that my crowns were lasting much, much longer than average and without pulpal issues. Plus, once I started using better diagnostic technologies like an intraoral camera to see micro-cracks, I began connecting the dots between fillings, fractures, pulpal issues and even tooth loss.

In short, my goals were the same; conserving teeth and respecting a patient’stime and money. In the 2010’s, when I added overall health to the equation, I still proudly displayed the “CONSERVATIVE DENTISTRY” badge.

So, this weekend, as I listened, pondered and looked back, I realized what my refined, more confident, mature, and more effective definition of conservative was:

The most reliable and cost-effective way to get to a desired, long-lasting outcome.

How many dentists lack the confidence in their skills and outcomes? Could that be the reason they feel guilty presenting the kind of comprehensive care that might be required to achieve the LONG-TERM results they and their patients desire?
The point is, that this while line of thought was stimulated by another highly successful dentist relaying one of his challenges.

How would such a conversation benefit your team members?

• Would they benefit from hearing about others’ successes and mistakes?
• Would your team start thinking about what could done in your office?
• Would they benefit from exposure to other successful practices and their team members?
• Would they hear something that could be adopted and make YOUR practice better?
• Would it give them time to THINK about the practice rather than just react within it?
• Would it help YOU make changes to systems that result in better patient care and increase profitability?

If the possibility exists of a YES to any of the above, then you owe it to yourself to check out the new program Coffee With The Coach

By joining the CWTC program, you and 2 of your team can share and more importantly LISTEN to things that will indubitably ignite and ember that could result in a personal and professional transformation. That’s how these things start.

Ignite your Team towards SUCCESS NOW.

And PLEASE give some thought as to YOUR definition of what CONSERVATIVE CARE means in your practice.

To your excellent clarity and success,
Michael