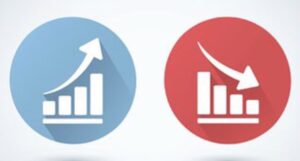 And it costs them dearly. And with RECESSION and money on everyone’s minds, this will become an even greater problem.

It’s time to rethink how treatment is presented.

This is what happens in most practices:

A patient comes in and has Insurance or even Medicare (for DSM). Automatically, the rules, limitations and requirements factor into the treatment presentation process, adapting to fit the patient’s anticipated financial history.

It’s like someone going into a car showroom (those do still exist!) and the salesperson asking “how much do you want to spend?” That’s actually happened to me.

The answer dictates the models that are shown, with a focus on the dollar amount the buyer had in mind. Perhaps the buyer might be shown a slightly more expansive car, but chances are, the most expensive, over-budget models will be skipped.

Many dentists, trained in insurance-focused models such as exist in most of the dental schools in the country, and nearly all Corporate entities, have an ascension model. They present the least costly, insurance-focused treatment plan.

Sometimes, better, more expensive options aren’t even discussed. After all, if the insurance won’t cover it…the patient will obviously say NO!

No one likes to be told NO!

A professor of mine in the 70’s at Tufts, Dr. Driscoll, had a saying. “If all they want is to take a bus across town, don’t try to sell them a Cadillac.” HE WAS WRONG! Such a limiting belief not only held him back from financial success, it shortchanged his patients.

The attitude is: “Aim low, reach your most modest goals, avoid disappointment.”

Techniques such as that are not only unproductive, they are in my opinion, disrespectful and unprofessional.

Every patient deserves the BEST we can offer. Then why not lead with the best?

Elon Musk didn’t start by making the least expensive version of his TESLA. He started with the Model S, with a base sticker of $107,000. And he pre-sold thousands.

Afterwards, when the less expensive models came out, people lined up to buy them.

This DESCENSION model is how all dental treatment should be presented. The best first, regardless of what the insurance coverage is, what the patient’s appearance is, or what someone feels someone can afford is.

The reverse model is a “ASCENSION”, otherwise known as the “UPSELL”. As distasteful and ‘salesy’ as this sounds, that’s exactly the way many dentists present treatment.

“Your insurance will cover XXXX but if you want the best, it will be XXXX+++.”

In the case of Dental Sleep Medicine and appliance therapy, “the best” sometimes isn’t even offered. Rather a PDAC appliance, which may or may not be ideal for the patient is presented. Sometimes, a less bulky, more comfortable appliance might be presented as a ‘upgrade’.

The line used might have been “this is what your insurance covers, but many of our patients have found this one much more comfortable.”

After the patient has bought into the idea that they want the BEST, then it’s a matter of making the financial picture fit into the patient’s finances.

You lead with the patient’s PREFERENCE and WANT and then backfill the financials. Most people want the best. Just see how many of your patients still have flip phones. Rather, they spend what might be considered unnecessary amounts of money to get the latest version because it has a slightly better camera or faster performance.

People WANT what they want. Our responsibility is to respect them and show them THE BEST before showing them any compromise

Change your presentation to a Descending model and watch your conversions and revenues Ascend. Aim high!

P.S. The proliferation of REDUCE INSURANCE DEPENDENCE webinars and lectures shows just how frustrated dentists are. The challenge is that it’s the MINDSET of the entire team that has to change towards aiming higher. Once that’s done, insurance won’t present the barrier it now is.

P.S. This is just a sample of the team-focused strategies discussed during our monthly COFFEE WITH THE COACH webinars. Last week’s was about strategies to deal with Inflation and Recession. Recordings are available to all CWTC members.