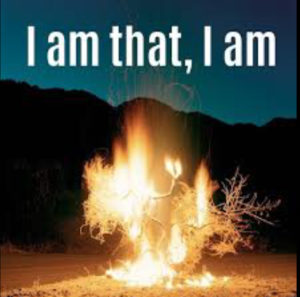 All 3 share something in common, other than their last names.  All 3 are unafraid to put their views on display.  Whoopi did so last week and said something on her platform, The View that offended people.  Ephraim Goldberg, otherwise known as Frank Gehry, the architect designs structures that are uniquely different and expressive.  And I, while not in the same league as these famous people have readily expressed my views in my newsletters, blogs and discussions with people, with ONE difference.

Whoopi expressed her view of something she was misinformed about, the Holocaust.  Why she did that is not germane to this conversation.  She has the courage to put herself in a position where such a baring of one’s inner soul is possible, especially when the discussion involves something she has experienced, discrimination.

I don’t excuse what she said.  She was wrong.  But what ABC did by suspending her is also wrong.  They cancelled her, if only for 2 weeks.

Instead, I would have preferred to confront what she said in as open a forum as she announced them, so that others, probably many others, who share her view can also be educated.  Indeed, if the goal is to eliminate discrimination, such an opportunity for public re-education should be applauded.

Frank Gehry too is not embarrassed or afraid of putting his different worldview out there for all to see in structures like the museums in Bilbao, Minneapolis, Seattle and Abu Dhabi among other uniquely Gehry buildings.  But unlike Whoopi who had enough courage to adopt the name Goldberg, Gehry ran from it.  Obviously, there was some insecurity there as well.  We all have some.

And that’s one reason that Dental marking is so un-Gehry like.  Dentists are afraid of being different, being ‘out there’, being cancelled.

It is always amazing to me that when I ask dentists what their Unique Value Proposition is, the response is the “Deer In The Headlights” look.  As if being UNIQUE is a sin.

I must admit that I too was reluctant to be too different.  So, I decided early in my career, that before I let patients entirely into my world, I would establish a relationship.  That relationship began with a doctor-patient and continued with the practice newsletter that I began in 1984.  Then, once a deeper connection was established, it spread out beyond healthcare into discussions of politics, religion and other supposed “off-limit” and taboo topics.  My patient’s got to know ME.

The connections I made with patients has been evident in the communications I regularly have with former patients now that I’m retired from clinical practice.  Some ask for opinions about their oral health, some just want to check up and see how I’m doing and others, just want to hear my opinion about current events.

The Big Difference between Whoopi, Gehry and me?  I kept my name.  I never found a need to change my persona for anyone.

How do you communicate and nurture the relationships you have with your patients?  Do they know WHO you really are?

FEAR is a powerful motivator of inaction.  Gehry and Whoopi are not fearful of letting their views be known and seen.  I’ve opted to modify that by establishing a relationship first and then slowly opening up.

Don’t let FEAR be a guiding force in building your patient relationships.  Express yourself.  Dare to be different and let people know why that’s in their best interest.

Overcoming FEAR is a key part of the formula for success.

To Your Courage and Excellent Success,