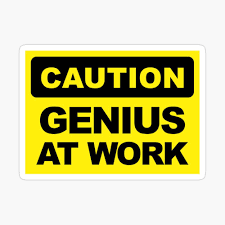 If you’re in the Spencer Study Club, you already appreciate some of Jamison’s accomplishments.  What you might not see, even if you’re part of one of his Business Elite groups, are the underpinnings,  the core values, the vision, the strategic planning, the constant reevaluation and perpetual motion that is involved in all of his endeavors.

For those who are not members, you should consider it.  It is the foremost educational study club for anyone interested in Dental Sleep Medicine and TMJ.  The videos alone are worth the price of admission.  The monthly webinars and the Facebook group provide support, encouragement and reinforcement.

Having had the privilege to watch Jamison at work, I thought I would point out 3 fundamental things that you can learn from Jamison, because his ACTIONS, even more than his LECTURES should serve as a template for those who wish to maximize their God-given talents and accomplish their goals.

ONE:  Jamison has a clear and yet flexible vision.  He appreciates that change is a constant and that one’s ability to adapt is a critical survival tool.  That’s ONE of the reasons he urges doctors to incorporate TMJ into their practices and to NOT give up their day jobs as general dentists until they’ve built a secure foundation.

TWO:  He maintains a strict adherence to core values which permeate all of his activities.  Consistency and honesty is practiced, not just preached.  It’s why he opens his books up to his Business Elite members.  They can see the real number and not some fictitious claim.  Believe me, I’ve seen the underbelly of some of the best known gurus and it’s not always a pretty sight.

Yes, he rails against those who seek to undermine the profession’s credibility by playing loose with the values he holds dear.  He appreciates that when ONE of us is harmed, we are ALL harmed.

THREE:  Jamison understands the value of a TEAM.  Not just in dental practice but in life and other endeavors.  As a fellow student of the Bible, he appreciates that our ultimate goal is to be as close to Godly, in His image,  as possible. He understands that God, when he created mankind said in Genesis 2:18 “ It is not good for the man to be alone; I will make for him a suitable helper.”

Finding a “suitable helper” might be the greatest challenge we face.  But without it, we can barely survive, let alone thrive.

Jamison found Jenni.  I found Laurie.  Our spouses are both an integral part of every aspect of our lives and businesses.  There is a model there too.  Success leaves a trail.

For your practices, the same holds true.  Dentistry, in any form, is a TEAM sport.  And finding “helpers” who are not wed to you, that buy into your vision, are vested in the practice’s success and have an ownership mentality along with the accountability that entails, is very challenging.

Shared vision alongside shared values, beliefs, purpose and mission is a key to building a successful team.  But HOW?

While SSC and Business Elite are amazing resources, they don’t readily deal with the rest of the TEAM.  That’s left up to YOU.  And you might not have the time or patience to do this on your own.

That’s why I have created the Coffee With The Coach program, CWTC.  You heard Jamison talk about it on the last SSC ZOOM meeting.  It’s just another piece of the complex puzzle of business and practice; TEAM BUILDING AND MAINTENANCE.

This program allows for up to 2 of your team (and you of course, if you wish) to participate in monthly webinars, a private Facebook group and receive weekly supportive lessons, and daily (5-days a week) “Inspiration for Perspiration” quotes, all from someone other than YOU.

It’s just a fact of human nature that those closest to you don’t listen to you as readily as they might from a stranger or “higher authority.”  This was a lesson I painfully learned when raising my 2 children.  They would sooner listen to a friend or their parent than from me.  Frustrating isn’t it?

This is an opportunity for you to use that same principle.  You don’t have to shlep them to expensive weekend courses or take time out of your busy schedule.  This program alone can help nudge and keep your most valuable team members on the right track.

The first webinar was this past Friday. It, and all future ones, will be available to CWTC members through the Membership Site. In this episode, we spoke of the use of STORY, being PREPARED,  the promise of a BRAND and more.   Each monthly webinar will be chock full of the management pearls I’ve gathered during my 6 decades in the profession.  Yes, I’m that old, thank you.

You’ve invested in yourself.  What about in your TEAM?