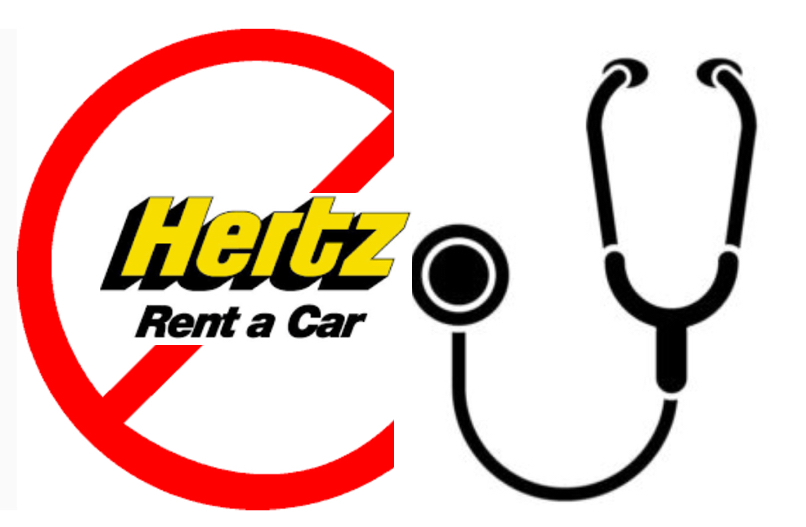 My uncle was an attorney who worked for Avis.  The family joke was that he always “tried harder”, a nod to the commercials that Avis ran about being #2 behind Hertz, so they “tried harder”.

Being #1 can result in complacency.  That’s dangerous.

There are probably many reasons.  I’d like to focus on a few that are, in my opinion, relevant to dental practices.

The first is that they failed to differentiate themselves.

What happened in the car rental industry is similar to what is happening in dentistry.  It’s a trend I call COMMODIFICATION, others call it commoditization.

When most people look for a rental car, price becomes the chief differentiator.   The internet, along with aggregating sites such as Expedia, Kayak, Travelocity and others have made comparing process just a click away.  That has resulted in an undifferentiation or commodification of the rental car business.   At least for a weekend or short trip, “a car is a car is a car” has become the predominant sentiment.  There no longer seems to be much difference in the service.  Its all about the price.

Hertz, along with other rental car companies reacted to the commodification trend by buying up greater market share.  Hertz did this through the acquisitions of Thrifty and Dollar.

Commodification and failure to adapt to change are the 2 relevant issues to dental practice.

Insurance Companies are the Kayaks and Expedias of the dental industry.  To them, it’s all about price.  And, they’ve been fairly successful convincing the public of this.

Since commodification allows an Insurance Company to own the market they serve (employers), the dentists who buy into that model have no option but to comply and deal with the financial fallout.

Some dentists have adopted the Hertz approach of gathering market share by pursuing the DSO model,opening up or purchasing more offices to increase revenues.  Though, one might argue that increasing revenues in this manner does not, in the long term, increase net profit.

In fact, such market-share purchase and expansion is most often fueled by debt.  It was overwhelming debt that resulted in Hertz filing for chapter 11 protection.

Increasing DEBT and increasing commodification is a formula that adds up to 11, snake eyes, extinction.

Failure to adapt to change was also one of Hertz’s foibles.  Adaptation to changing trends requires both an appreciation and analysis of the trend as well as the capacity to act upon the potential ramifications.

Large “dumb” companies can miss seeing trends and can be just as myopic as most dental practices, which focustheir attention inward rather than outward to the markets in which they exist.  Such a narrow vision can blindside them to the threats that a trend might pose.

Plus, most practices lack a system to effectively deal with change.  Hence, their ability to adapt is hampered.

Hertz lost their ability to react, partially because of a pattern of frequent leadership change.  Having an inconsistent vision is just as dangerous as having a myopic one.   The combination proved to be deadly.

Want to discuss how YOUR practice can avoid the HURT of HERTZ?

Schedule a complimentary consultation and grab a free copy of the Ebook; Practice Reboot.

To everyone’s health, happiness and success,