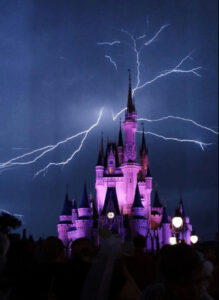 I wish everyone touched by Ian a speedy recovery, even as we mourn the loss of life from this terrible hurricane.

I’ve recently been disappointed in Disney’s corporate foray into politics and their earnings (the stock is down 50% from March highs) but have always been a huge fan of their focus on the “guest experience” and customer service. A great example of their planning and attention to detail is how they dealt with their stranded guests during Hurricane Ian.

First off, did you know that it’s common knowledge around Orlando locals that Disney is the safest place to be during a hurricane? In fact, many locals booked rooms there specifically to ride Ian out.

Disney knew when they built the park that Florida can get its share of hurricanes. So, the park was built to withstand the winds and deal with the water. Even the castle is hurricane resistant. It has its own electric grid along with generators.

As the hurricane approached, Disney closed the park and told all the guests in their hotels to shelter in place. Outdoor items were brought indoors or secured, and deliveries of tarps and flashlights were sent to each room.

During the worst part of the storm thousands of guests were hunkered down in the massive ballrooms that were supplied with adequate seating. But the guests were not alone. Disney characters and ‘cast members’ were plentiful throughout the event. Disney housed their employees so that they too would be safe and available to help their guests.

Meal options included some of the restaurants, but meal kits were also made available to take back to rooms.

Disney arranged for indoor activities such as movies, crafts and even made the in-hotel arcades free. Mickey, Goofy, Chip, Dale, and friends mingled among the crowds to entertain as well as answer questions.

Disney has a policy to deal with the financial implications of cancelling reservations, which as long as they are booked through Disney and not a third-party vendor, will make the guest whole and all cancellation fees are waived.

Disney tries to sprinkle a little pixie dust wherever and whenever it can. Turning a negative into a positive is Disney’s goal. It looks like Ian gave them an opportunity to shine.

What can you learn from how Disney dealt with Ian?

• Have you identified potential crisis in your practice?
• How have YOU and your Cast Members planned to deal with emergencies?
• Have you communicated and trained for such emergencies?
• Are new Cast Members aware of your emergency?
• Have you updated these plans or are they just written somewhere to be dusted off?
• What predictable SNAFUS could you be prepared for, even before they happen?
• Could you have a culture that PRE-SOLVES problems before they occur?
• What would that mean to your patients?

Hurricanes can devastate an area. But so can a medical emergency not dealt with properly, devastate a practice. And it’s not just the huge catastrophes. Little emergencies occur all the time.

Disney was prepared. The reviews are in. They exceeded most guests expectations and now have garnered respect and raving fans.

That’s what a great patient experience can do.

Members of the Coffee With The Coach program get a weekly Patient Experience newsletter along with 2 monthly webinars and much more. Creating just ONE raving fan can mean a lifetime of referrals worth thousands of dollars. CHECK OUT THE PROGRAM. 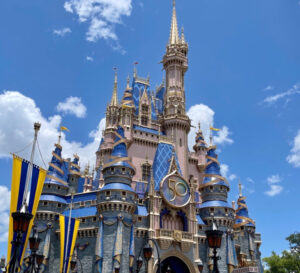 P.S. In 50 years, Disney has raised its ticket prices 3,871% – more than wages, rent, gas and certainly more than the cost of dentistry. And it’s still the Happiest Place on Earth. That should tell you something about the value of an exceptional Patient Experience!