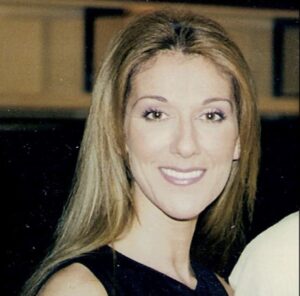 That’s the incidence of the ‘Stiff Person Syndrome’ that Céline Dion announced she suffers from, and which promoted her to cancel her 2023 concert tour.  It’s BIG NEWS in the entertainment industry this week and will undoubtedly put her face back in the spotlight in places other than the Vegas strip.

But is her syndrome truly a rare disorder or could it be something else?

Here’s what we do know.

• We know that she suffers from “TMJ”, as witnessed by the YouTube video she made of her Chiropractor ‘adjusting’ her in her dressing room. https://youtu.be/V4TvDfxnHQs
• We know that she had significant dental reconstruction, as anyone who sees her pearlies knows they are porcelain. (ithas also been documented in the 2008 TV Film called “Céline”)
• We know that she has a long narrow facial form, which can involve a narrow maxilla, underdeveloped (or trapped) mandible and a restrained tongue space. (
• Patients with Stiff Person Syndrome: Have lower levels of the neurotransmitter GABA, which regulates anxiety.https://jamanetwork.com/journals/jamaneurology/fullarticle/788637
• We know that Sleep Apnea has a significant impact on systemic health, including resulting in reduced levels of GABA. Obstructive Sleep Apnea is Associated with Low GABA and …https://www.ncbi.nlm.nih.gov › articles › PMC4974152
• We know that: “Given the wide range of the systemic impact of OSA, OSA can also profoundly affect skeletal muscles in the whole body.” PMC5916913
• We know that some TMJ therapy has improved the symptoms of tardive dyskinesia, or oromandibular dystoniain some patients.

Many dentists enjoy Dental Sleep Medicine and TMJ because of the transformative impact it has on people’s lives. Such almost miraculous stories abound.

But how can we get that across to potential patients?

HMMMM… what about this headline?

“Could Céline Dion actually suffer from Sleep Apnea and TMJ?”

Can you spot the TMJ-Related issues?

Whether Céline Dion suffers from OSA and/or TMJ, could such a theory help YOU educate and motivate your patients (or potential patients and referrers) about the need to be proactive with both SLEEP and TMJ health?

The proper use of CELEBRITY can help motivate patients to seek the care they need.

When Judge Antonin Scalia died and his CPAP was on his night table rather than on his head, I’m sure some people were prompted to put their CPAPs back on.

When a Celebrity such as Kirstie Alley dies from Colo-rectal cancer, it can prompt a reluctant 60- or 70-year-old get that colonoscopy they’ve been postponing.

When Angelina Jolie announced that she had a double mastectomy, after testing positive for a BRCA1 gene mutation, genetic testing referrals among high-risk women rose by two-and-a-half times in the following 2 months. A two-fold increase in testing referrals remained for 5 months following her article discussing the decision.

I can guarantee you that the diagnosis of Stiff Person Syndrome will skyrocket as a result of the media coverage.

Wouldn’t it be nice if Oral Appliance Therapy for OSA and TMJ awareness could be given such a Celebrity bump?

But how can you do this ethically and effectively?

You do it just like I did here.  You promote the story and the theory via blogs, emails, newsletters and during in-office conversations.

It’s the HEADLINE that grabs attention.

And finally, you should include a ‘call to action’ and a compelling offer to make taking action and saying “YES” a “no-brainer”.

How about a complimentary Virtual Consult?

Who knows, Céline Dion might read this and find her way to a Spencer Study Club member?

P.S.  As we saw with Angelina Jolie, the “Celebrity-Effect” is transitory and is greatest the closer the promotion is to the media announcement.  So, as this just happened, you might consider acting sooner than later.