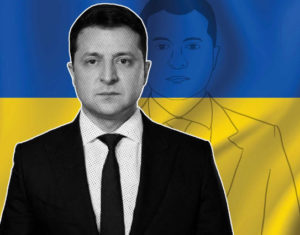 This seems to be the theme of the 20’s. “ROARING”, the term I used on the cover of my book “From Here To Where: A guide to dental practice in the roaring 20’s”, though prescient, doesn’t even come close to describing the current state of affairs.

Just when you thought ‘it can’t get any worse’, it seems to do just that. We got through most of the Pandemic-related crap, now we’re dealing with Putin and Russian Shit.

Literally, while most people are focused on the daily rise of gas prices, many forget that Russia and Belarus are among the leading sources of FERTILIZER. Not the real shit, but the chemical equivalent soon to be another expensive commodity, adding lighter fluid to the inflation bonfire.

I was going to write about some practice management pearl that you could use to help fight inflation. I was going to tell you how dumb the President’s SOTUS formula of “just cut prices” is for fighting inflation. That no longer seems as important as it did a few days ago. Ukrainians are being indiscriminately slaughtered, millions displaced as the world stands by offering money, epithets, and sanctions. These refugees and hostages aren’t thinking about inflation. They’re thinking about survival!

We’re focused on the price at the pump?

And we send the Vice President to Europe to show strength to our allies and the thug? The Mexican drug lords are laughing too.

Nothing effective seems to be forthcoming. We stand by with words of support and offers of money, as if that will deter the Russian Bear.

Who, in their right mind would start a negotiation off by telling the other side what they won’t do and where they won’t go? In a negotiation, nothing should be off the table…until it is by consent. The Bear is laughing.

Even if the fighting stops, the world has changed. People will be looking over their shoulders for the next bully.

And how impotent is the United Nations?

It’s sad when the only champion, willing to face and challenge the bully, is pinned down in a bunker in Kyiv.

Could it be that this Jewish lawyer turned comedian learned something from history? A man whose relatives and 6 million others were killed by the Nazis as the World watched, might be experiencing a sense of Déja Vu.

Could it be that it took an actor who played a President on TV but never played actual politics could teach the other World leaders something about leadership and courage?

What about us? What have we learned?

Are we not like the policemen standing by as another, Derek Chauvin-like, power-hungry maniac has his knee on George Floyd’s neck.

How sad. How pathetic. How criminally liable.

Peace has been shattered; trust has vanished. Killing innocents has again been sanctioned.

We watch it on TV. We see and hear it on social media. It’s in our homes, on our phones and in our heads. It can’t be unseen and unfelt. Or could it?

Putin has his knee on Ukraine’s neck.

Is this the world we want to live in? Are we so comfortable that our only concern is the price we pay at the pump?

Wait till the lack of shit hits the fan.

Where do we make a stand?

When do we say NO MORE?

What price are we willing to pay?

“When will we ever learn?”