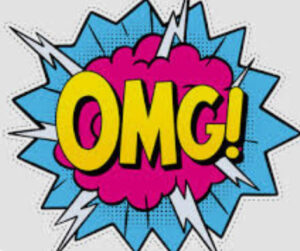 Amazon is dedicated to getting into the healthcare business. They started with Amazon Care, which they recently shut down after sinking $28 Billion into the effort. But Amazon is RELENTLESS, which is the name Jeff Bezos originally had intended to call Amazon. If you go to relentless.com, you will be sent to Amazon.

So, in relentless fashion, Amazon analyzed its mistakes and changed tactics rather than abandoning the mission. The new strategy, rather than trying to build a brick-and-mortar healthcare business from scratch, something they’re tried and failed with other products such as books, they’ve decided to stick with their core business’ primary competencies, ONLINE and VIRTUAL interactions.

Of course, they succeeded with Whole Foods, but that was because it was an ongoing (not from scratch) business and had some synergy with Amazon’s online offerings. There are lessons to be learned here but that’s for another blog.

This explains why they went and paid $4 Billion for a small neophyte healthcare company, One Medical Group. OMG (nice acronym!), is a hybrid system that combines Virtual as well a physical healthcare. But in the OMG system, VIRTUAL comes first, which is what attracted Amazon’s attention, as it coincides with the parent company’s core competency.

OMG is relatively small compared to a Kaiser or, only in a dozen or so markets. But it’s their model that Amazon bought. Now, they’ll study the system, work out the kinks before expanding so they can compete for healthcare marketshare with Walmart, who intends to open 4,000 healthcare Supercenters by 2029.

Amazon is both relentless, adaptable, and forward looking. It learned from its mistakes with Amazon Care. They pivoted to keep to their mission, by changing tactics. They see that the current healthcare system is broken. Who better to fix it then them?

Their mission? Get as much of the consumer’s money as possible. They might not out it that way, but that’s exactly why they’re getting into healthcare in the first place.

There are many lessons here to be learned, even for a dental practice. Here are a few.

• How can you be relentless?
• Is your mission and vision still relevant?
• If not, would you have the grit to change directions?
• Do you know your CORE COMPETENCIES (what you’re really good at, or superior to most)?
• What trends can you see that will enable you to expand your market (or even just keep what you have)?
• And finally, how can you compete with the big boys?

Next week, I’ll present a more in-depth analysis of the war between Walmart and Amazon as it relates to healthcare, and how, if you’re not careful, you can get caught in the crossfire. Plus, I’ll reveal the strategies both companies use and how you can use those same strategies to fend off their attack.

And by the way, don’t discount META, APPLE and other combatants.

There will be a tendency for most dentists to ignore these trends and, in armadillo-style focus on what they know and what they now do. IMHO, that would be a tragic mistake, unless you’re planning to sell your practice in a year or 2. For anyone seeking to maintain the equity they’ve worked so hard to build, adaptation to the changing marketplace of healthcare care should be considered a survival strategy.

Want to talk about what that means to you, and your practice? You have nothing to lose from a Complimentary, 20-minute Strategy Session.

To your excellent clarity and success,
Michael