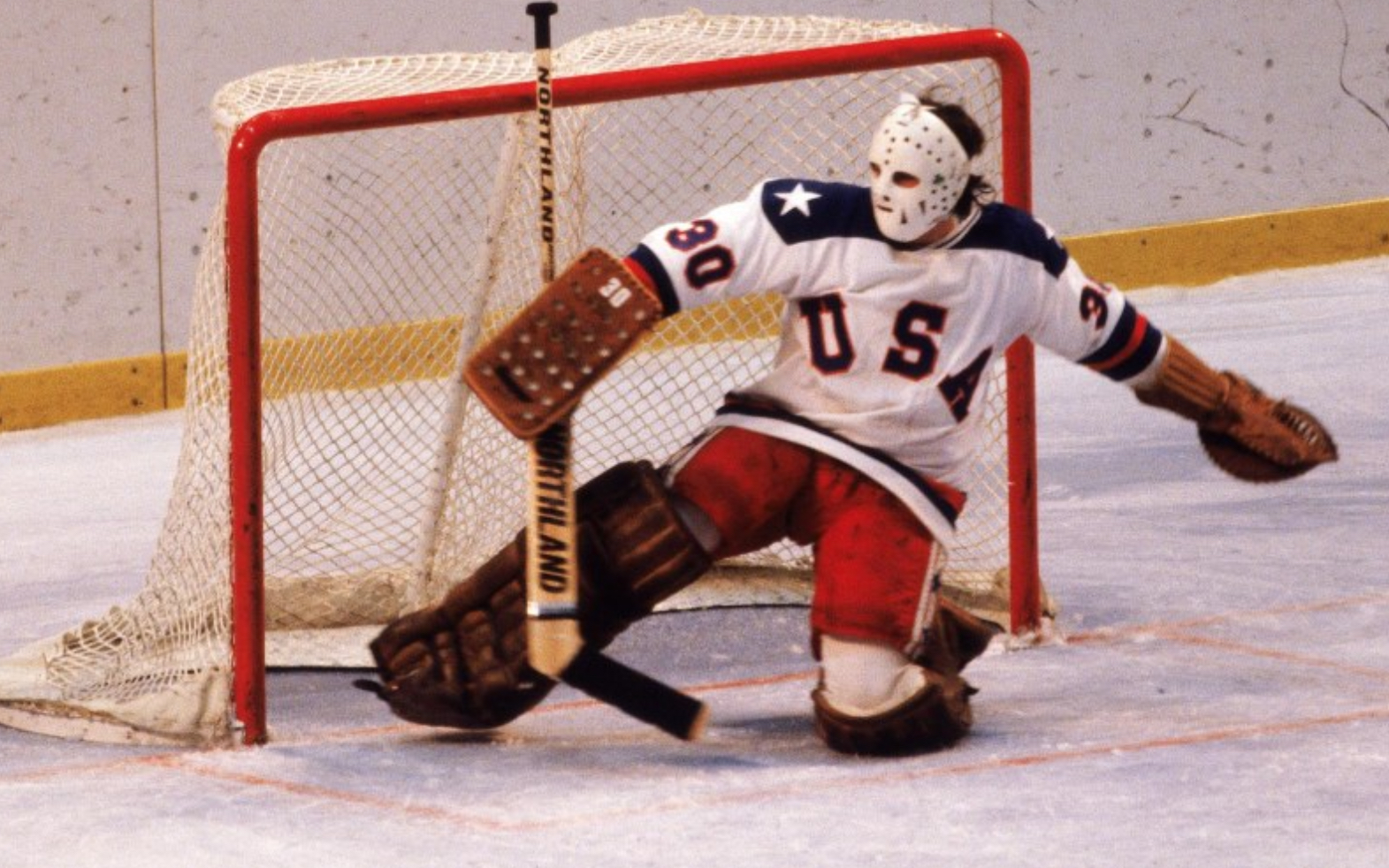 My grandson was Bar-Mitzvah this past week.  In an ancient, life-cycle ceremony, he became a “man”, now responsible for his actions.  Maybe we need a societal Bar-Mitzvah?

A small group of relatives witnessed the joyous event.  One of the gifts he received was a team–signed photograph of the “Miracle On Ice”, 1980 USA Olympic hockey team.  It brought back some amazing, patriotic and proud memories of another challenging time in our country.

I am not a hockey fan but I do love the olympics and this one was special as it also took place in my backyard, in Lake Placid, Upstate New York, rather than in some remote place, half-way around the world.  So of course, I watched every game I could.

I remembered the “Miracle Mets” of 1969 and mourn the loss of Tom Terrific this past week.  But that 1980 hockey game was by far and away the most amazing sports event I have ever watched.  Sports Illustrated, in 2016 declared it to be the greatest moment in sporting history.

Jim Craig was the goalie for every minute of every game that Olympics and Mike Eruzione, was the hero who scored the winning goal in their defeat of the Soviet Union’s team.  And that wasn’t even the final!  They only won the gold medal because they went on to defeat Finland.  But it was almost anticlimactic.  The Soviets were bigger, stronger, seasoned professionals and we were just a bunch of college kids.  The event has been memorialized in the Disney film “Miracle”.

That photo brought back memories of just how proud every American was back then.  The only prouder moment in my lifetime was when we landed a man on the Moon 51 years ago, another example of extraordinary teamwork.

But the photo prompted me to think, as I always do, about dental practices.  If only our dental teams would function as did the USA Olympic Hockey team!  If only they all worked together as a group of talented, over-achieving players looking to attain a common dream like winning the Gold or landing on the Moon!

Instead, most dental teams are a collection of goalies.  Each one trying their best to deflect the puck that will be shot in their direction.  It’s as if they’re playing a collective game of whack-a-mole.  Such teams struggle to overcome obstacles, beat the odds and rarely accomplish a visionary mission.

Often times, the shot on goal, or slap shot, takes place the first thing in the morning, when someone points out that a production goal or metric was not met or an “incident” occurred.  Maybe it was a team member coming into the morning huddle late.  It might be that someone called in sick…again.  It could be the frown on the dentists’ face because a particularly challenging patient will be coming in.  Puck shot!  Goal…for the opposition…Morale.

If the goal is teamwork, nothing can be more demoralizing than starting a day with a slap shot and playing from behind.  It can suck the wind right out of one’s sails.

Great teams don’t just happen.  The “Miracle On Ice” team was not a miracle nor a mistake.  The players were selected for their talents but they were coached by a man who threw out the traditional playbook and allowed his younger, less talented and less experienced players to play a style of game that capitalized on their unique gifts, while confounding their opponents with their unorthodox style.

The coach, Herb Brooks was described as a cantankerous, if not downright miserable person by the players (the movie showed a fictitious version).  Yet, as a coach, he was a “pioneer in the areas of conditioning and psychological games, used to motivate and push players beyond their physical and emotional limits.”

Dave Christian, a defenseman on that team described Brooks as having “the pulse of the team.  He knew each player and what made each of us tick, and yet he was very aloof with the whole team.”

How do you coach YOUR team?

Do you know their strengths and talents?

Do you know what motivates them?

Or, when you have an opening on your team; do you fill it with the “nicest” or the “most experienced”, warm body that applies?

There are better ways to form a winning team, to select the players, to motivate, encourage and incentivize them.  It doesn’t happen by accident.  It requires planning, thought, processes and consistency.  It also requires practice.

Want to learn more about building a winning team?

Schedule a complimentary consultation at:

To your excellent clarity and success,

Michael, Laurie and the PPS Team