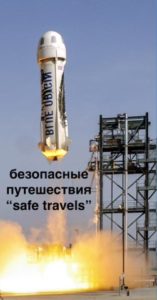 Recently, I went to a Physician’s office for a routine preventive, cancer screening exam.  It was my first time with this doc, as my previous doc retired in his 80’s.  The new doc was a local, nice guy whose father started the group 40 years ago.  The father has retired and the son, the doc I’m now seeing, is now the senior partner of the group of 6 Docs.

He looked at me with a “how the heck did you know that look” and said NO.  But, he said, the recently merged with another group.

I followed the question with WHY?

So he told me the usual stuff about how difficult it was during the Pandemic with the shut down, PPP, EIDL, SBA, and other employee and financial woes.   But, he said, the last straw was this…

Apparently, a Russian group attacked the practice and demanded $15K (in Bitcoin, of course).  He was able to negotiate them down to $12K on the advice of his IT guy, who also advised him not to mention the fact that they had insurance.

During the course of the online negotiation, he asked them; “How can I be sure that once I give you the money, you’ll release the records?”

Their answer shocked him:  “We’re very reliable” the Russki said.  Just look at the wonderful reviews we have on YELP!”

Holy crap!  These organizations feel so protected that they can have a YELP page?

And how f’d up is it that YELP would be a party to such criminal behavior?

Funny but not so funny.  The experience the doctor told me was traumatic.  While he did learn how to buy Bitcoin, it stressed him out beyond belief.  He happened to have been approached some months prior by a group looking to merge and now he was open to anoffer that he had previously rejected.

There are several morals to this story.

1. Get insurance for such an attack.
2. Get your IT people to provide you with the latest preventive systems.
3. Learn how to purchase Bitcoin before you need it.

4. Don’t wait for a crisis to have a transition plan.  Do it early so you don’t feel stressed and under pressure that might result in a less advantageous outcome.

Take a lesson from the Entrepreneur of the Century, Jeff Bezos.  Knowing that on July 20, 2021, he would be strapped onto aroman candle propelled by liquid hydrogen and liquid oxygen, he made plans.  Jeff Bezos is really good at making plans.

In this case, on July 5th, Bezos stepped down from his role as CEO.  Did the upcoming rocket launch factor into the decision?  You bet it did.

Bezos appreciates the value of a transition plan.  He’s an UBER-PLANNER.

While we hope and pray for a successful launch and return, we know that the unexpected can happen.  This is true of Rocket Launches and Business ventures.  It’s true for most things in life(except death and taxes).  One never knows what the next day will bring.

And that’s why EVERYONE must have a transition in place.  Ideally, the plan should be part of the original business plan itself.  Because, understanding the transition plan will allow one to build systems that will facilitate the transition, even before it’s executed.

Interested in getting a TRANSITION PLAN CHECKLIST?   It’s free to anyone who schedules a 20-minute complimentary strategy session HERE.

On another note, I recently had the occasion of going into Whole Foods.  While checking out, I asked the cashier and bagger if they were doing anything special on July 20th.   Both looked at me cockeyed and asked; “what’s July 20th?”

I was totally disappointed.  How can any part of the Bezos kingdom not be totally stoked that their founder is going into space?   And how can the management let such a momentousmarketing opportunity slip away?

Oh well, even Amazon can improve.

To your excellent clarity success and Blue Origin’s successful mission,