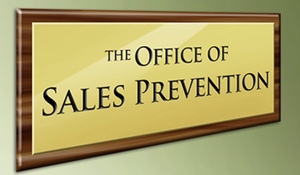 That’s what my wife exclaimed as I put the newly purchased hat box down on my hotel room’s dresser top.  Of course, she had some other accompanying expletives to toss my way.

We were in Hawaii for a mastermind meeting and my friend Len wanted me to experience the best salesman he had ever witnessed.  It was to be a lesson.

I had no intention of buying a hat, certainly not a $900 one!  That would have been absurd!

And yet, in this little hat shop in the Pink Hotel in Honolulu, after having a Mastermind Meeting while sipping Kona coffee and admiring Diamond Head in the distance, I experienced true salesmanship.

I came to Hawaii with a perfectly fine NY Yankees hat that had probably cost me 15 bucks.  I had no intention of doing anything other than listening to this “amazing salesman” Len raved about.

I heard the story of the straw being chosen and put together by one family in Ecuador.  I felt the different levels of materials.  I was measured.  I tried on different style hats and was told why a certain height and brim was right for my shaped head.

This weekend, I again met with my mastermind buddies.  This time, in less exotic, and much colder Chicago, where we combined our business discussions with the Midwinter Meeting.

My buddy Len had been at a Laser Company dinner the night before, as they were wooing him to purchase a $130,000 laser for his Indiana practice.  There, he asked his salesman Peter to prepare something he could review the following day.

So, after sauntering down the isles of the exhibit floor, there we all stood at the Laser booth as Len met with Peter.

Len asked Peter for the Packet he requested and Peter retrieved it and handed it over.  Len asked for a synopsis of the “deal”.

Peter began by discussing the various package options.  Len stopped him and said, “you know I have 2 offices and I would prefer the GOLD PLUS plan.”

There was no GOLD PLUS plan.  It ended at just gold.  But Len likes all the bells and whistles and hates being nickel and dimed.  Len flies first class and of course, wears $900+ hats.

Peter didn’t pick up on this and continued his canned speech.  My friend looked at me askance and told Peter that he would get back to him on Monday.

Holy Crap!  I had just witnessed someone wanting to spend  $260,000 on lasers and a salesman unable to close the deal.

Truly, this was the most glaring example I had ever seen of a Sales Prevention Department.

We left the convention and went to lunch, where we discussed the morning’s events, particularly the glaring failure on Peter’s part to close on a 1/4 of a MILLION DOLLAR deal!

My buddy then reminded me that the hat I bought in Honolulu, Hawaii was actually made right here in Chicago and the store was only a block away from the restaurant we were meeting at.

Despite Laurie’s protestations, we all headed to the Optimo hat store.  There, we met Tiffany, the store’s manager. She greeted Len with a big hello.  Obviously Len was a frequent hat flyer.

Tiffany showed Len their newest winter hat that could be rolled up and bounce right back into shape.  No need for a clunky hat box!

I saw Laurie give me that “don’t you dare even think of it” look.  Len was trying on the hat and while he was looking in the mirror and before I even knew it, Tiffany had a tape measure around my head to get my size.

Thank God, they didn’t have the new crushable hat in my size.  But of course, I was shown another just to see how it looked.  Even Laurie thought it looked great.

Well, undeterred from his LASER experience, Len left with another hat.  But this time, I escaped.

Do YOU have a Peter or a Tiffany in YOUR office?

People come into your office ready and primed for SOMETHING.  While they might not know what that is or what it costs, they’re in your office.  WHY?

So, when Laurie and I see practices where the case acceptance rates are lower than 85-90 %, we know that there’s a Peter lurking about.

It doesn’t have to be at the case presentation.  It could be in the financial arrangement portion or even the scheduling portion.  We won’t even talk about the Doctor or the phones here!

Please look at YOUR system to see where the Peters lurk.

The good news is that even a Peter can be trained to be a Tiffany.

To your clarity and excellent success,